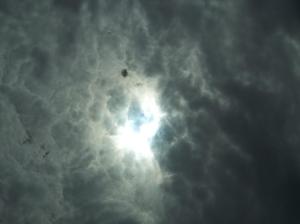 THE STORM OF THE CENTURIES!!!!!

In late October of 1991, an extremely rare event of epic
proportions decided to pay a visit to the Atlantic Coast of
America. Basically, some giant hurricane had morphed into a
a super cyclone, mixing in the air and riling the mighty sea.
It came to be known as “the Perfect Storm.” We were given a
glimpse of just what Mother Nature is capable of. Thirty-foot
waves were common in pounding the coast from Nova Scotia to
Puerto Rico. But other waves – higher than 100 feet – were
also recorded. We still get choked up over the last recorded
sound of Captain Billy Tyne of the Andrea Gail, crying out to
his crew of five, “She’s comin’ on, boys, and she’s comin’ on
strong!” Their names are forever remembered at the Fishermen
Shrine in Glouchester, Massachusetts, telling us to always be
grateful for the work of the wise meteorologists who also saw
her comin’ and managed to keep the death toll so low, compared
to that of similar storms of history.

HEY! Do you remember that the name of the hurricane at
the center of it all was “GRACE!”

NOW almost 25 years later, an even more “perfect storm”
is a-comin’. Brewing for many months, its target, too, will be
America’s East Coast, though its proportions and effects will
be worldwide. Its elements will reach beyond Nature, Humanity
and Divinity Comingling. No doubt they will long speak of this
one in the Fall of ’15, “when Grace Returned” in the figure of
a spry old Pope, and his spiritual storm struck the Great
Megalopolis from Washington to New York – with its eye in the
City of Brotherly Love.

My daughter, Molly, and i love to study clouds. Being a
great little photographer, she manages to capture some of the
best. She got this amazing shot one day, that manages to say
so well just why we love them so. It’s because we know that
somewhere behind every storm, however frightening, there is a
“blue-eyed God,” Who is infinitely bigger and better than them
all. Just like the mightiest hurricane – let’s pretend it’s a
Category 100 – is a mere drop of dew against the Sun!! And in
much the same sense, the reason why we love Pope Francis so is
that he clearly believes that the GOODNESS of HUMANITY, the
DIVINE LOVE in US, far exceeds any evil man can devise.

How interesting that the Biblical Name for God can be
translated into English as “WIND,” and what wondrous currents
have been stirring in the hearts of humans all over the globe,
Catholic and non-Catholic, ever since that 3/13/13 when a wave
of God’s Spirit scooped up this humble, happy, holy little guy
from Argentina and made him “the Great Shepherd.” His Spirit
now beckons the Spirit in us all and calls us together, whether
in flesh or just Spirit, to Philadelphia, many waves, many
currents, but ONE SPIRIT, ONE STORM, bent on “renewing the face
of the earth.”

The great William Penn’s noble yet failed attempt at many
many people trying to live as brothers and sisters, one family
under God (as Jesus offered in the Gospels), stirs this patient
man to say, “Yes, we have all failed gravely, but it’s okay.
Now, let’s get up and try it again!”

The “meteorologists” calling this Baby are not out to scare
anyone away – in an attempt to save lives. Quite the contrary,
these forecasters (like myself) mean to cry out to every ear
that can hear, “Come on. Dive in. Let yourself be swallowed by
this Cyclone of Grace. Her waves will be immeasurable. She’s
comin’, boys! Let’s lose our old selves, and start anew.” i
imagine that the whole administration of Pope Francis will be
seen historically in his American message, quite simply, “Yes,
the brave experiment of Mr. Penn failed miserably time and time
again, though look at the wonderful nation that grew from its
embryo. We can only keep saying, ‘I’m Sorry,’ and then TRY IT
AGAIN, try to show the world each day what we are capable of.”

…not the drink, mind you, but “the real McCoy!”

One of the reform group of the Order of St. Francis. i was with the Capuchin Friars for 22 years, and it was never a regret for me. It was, rather, a genuine blessing and privilege to be a tiny part of such a beloved family. Always walking beside the “everyday people” through every crisis in history, it is only right and just that such a warm, wonderful treat was named after them. The little capuchin beauty pictured here was created for me today by my barista, NOAH, of Bank Square Cafe in Beacon, New York.

But I acquired my first taste for them while living in Italy, where i came to taste as well the “royal treatment” given to the cappuccini, known as “the Minutemen of the Popes” for their readiness to serve wherever and whenever he needed them. In the photo atop this website, Pope John Paul II was saying to me in a vast crowd of visitors, “I save my Capuchins, my favorites, for last!”

This day, September 17, is the day on which the Catholic Church celebrates the honor miraculously given to St. Francis of Assisi to bear in his own body the Wounds of Jesus Christ, God granting the little man his greatest wish, “that I might truly KNOW the LOVE that filled my LORD!” Again how Blessed was i, to have spent weeks at Mount LaVerna,the site of this miracle. In a way i can almost say that i spent my life there, as on one occasion i had wandered to the valley below in order to get my own glimpse of the great cliff on which it all happened. While i was standing in the field, mesmerized, i’ve always believed it was Francis himself who tapped me on my knucklehead and pointed it down to my feet just before they were bitten by a snake. Running faster than ever in my life back to the friary, i was stopped in the kitchen during a drink of water by a young woman who assisted the friars. Pia showed me all of the jars of anti-venom in the frig, as she screamed in Italian, “Dio ti ha salvato oggi. Egli deve avere grandi progetti per te. God has saved you today; He must have great plans for you!” These plans would include my departure from the friars, my taking a different road, marrying and raising six children. How perfectly Noah’s heart in today’s drink symbolized my heart and its desperate need to grow…in love.

And HOW GREATLY BLESSED finally that today i count among my most revered friends a very very special Capuchin, known and loved around the world as Padre Cantalamessa. Just Google him and see this 81 year young man, be blown away by his dynamic and holy effervescence, one of my surest reasons to HOPE in the renewal of this Church. While others
looked with scorn upon my “leaving my post,” Fr. Raniero sent me a
Christmas card with image of the Wise Men who followed the star to the
Baby Lord, and he played with the Italian meaning of my wife’s maiden name, saying, “Surely you yourself followed a STELLA that you might better know the Perfect Love of Christ.” And in a separate card to my mother, the Preacher to the Popes for the last 35 years said, “Your son still holds the heart of a Capuchin.”

This blog which i have initiated will share the stories of a man
who tries to pass on to his own children the secrets of the world’s most beloved saint. How do i go about a life of marriage and of fatherhood while leaving a good chunk of myself in Assisi and LaVerna?! As Tony Bennett sings, “I left my heart WITH San Francisco. High on a hill he still calls to me.”

i suppose that one main point of this blog is to counter the notion, so easily and so frequently tossed about, that the Church is in the hands of some sleepy and backwards old men. Cantalamessa and his “boss,” Pope Francis, have proven that when anyone, male or female, youth or senior, comes to know in their heart the perfect, “crazy love” of God, it renders them ageless and true instruments of the Eternal Spirit, like the ageless Saint Francis himself. 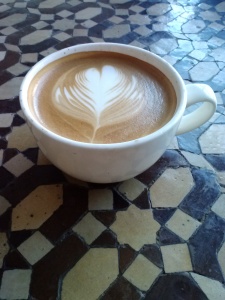 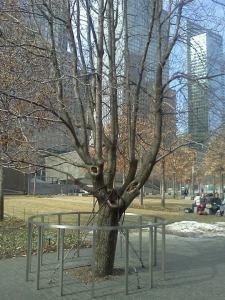