There’s nothing like an evening stroll through the city to open up the eyes and the mind.

My mind was still reeling over hearing someone say, “OMG, What a Stupid Pope!” for his having Bernie Sanders address the Vatican. It was in that mindset that i set out with the fam for a walk on Main Street. The first thing i saw in a shop window made me seriously consider the notion of “STUPIDITY?” Lolol! But for some it seems just a question of STYLE!!??

A couple windows forward, and THERE’S THE MAN HIMSELF!!!

His own Secretary of War, Edwin Stanton, for years called him a big “imbecile gorilla,” but when he died, Stanton saw Lincoln with a clearer head, in the proper light, and changed his opinion to “the most perfect ruler of men this world has ever seen.” Amen.

On our little journey we came to my favorite spot, a block full of giant sycamores, 90-100 feet high, and i realized that it will only be a few more days that we will be seeing them in their wonderful winter nakedness – and, thus, be able to spy that tiny dark spot near the tippity-top, 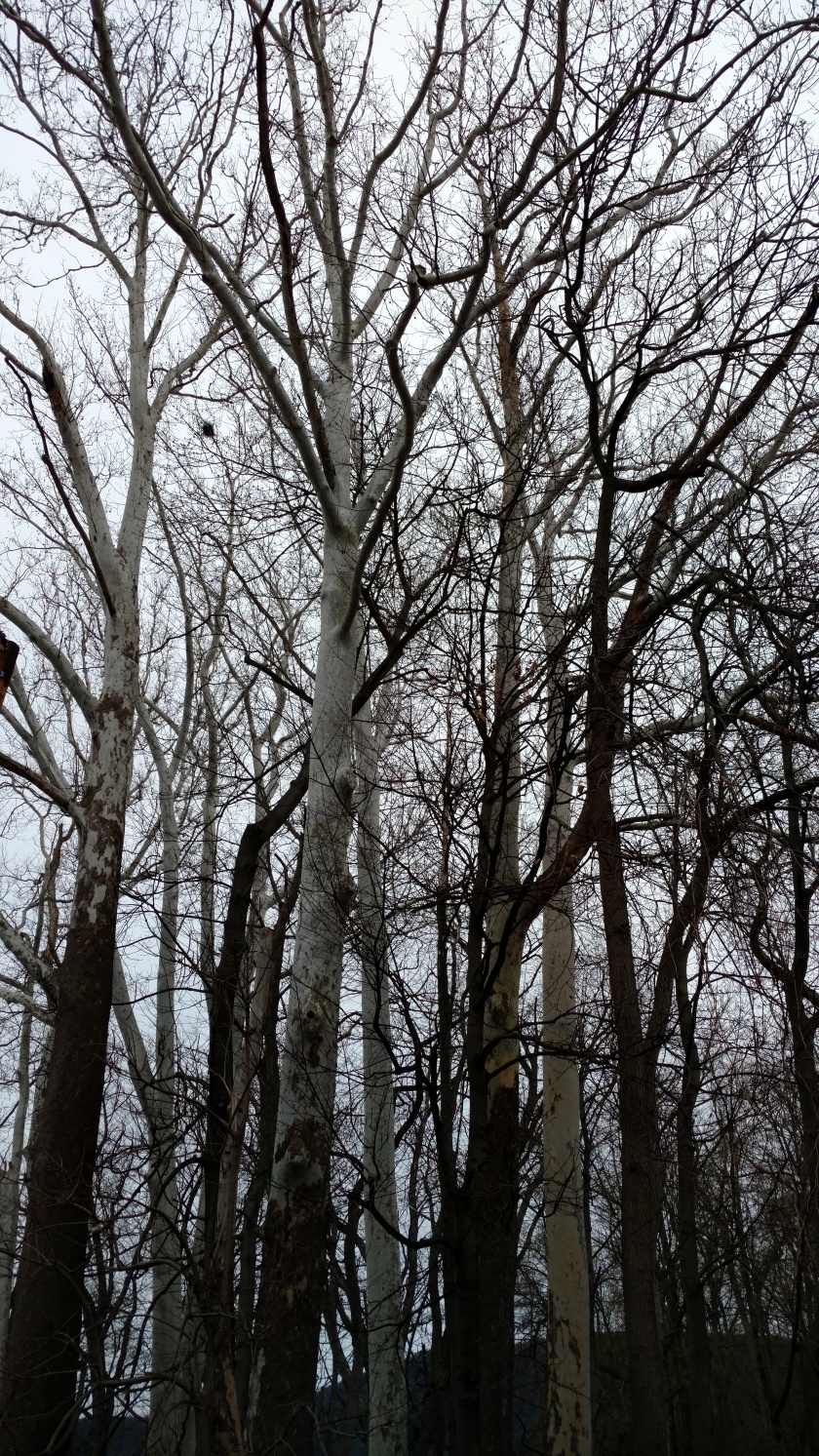 which is the MASTER-WORK of the guy that i so often call “Stupid, Stupid, Stupid!!!” THE SQUIRREL. i mean, he really drives me nuts sometimes, darting back n forth trying to make me crash my car.  Penetrating even the most impenetrable bird-feeder. Even bold and brazen enough to jump on my daughter’s lunch table and steal her graham crackers. And on and on, they frustrate me to declare them STUPID, when in fact that black dot in the photo tells what genius they hold, when 70-80 mph winds might snap whole branches off such trees – or even the trees themselves – but cannot move so much as a feather from out of that nest, so perfectly constructed. This “imbecile” just might be the greatest builder on earth. 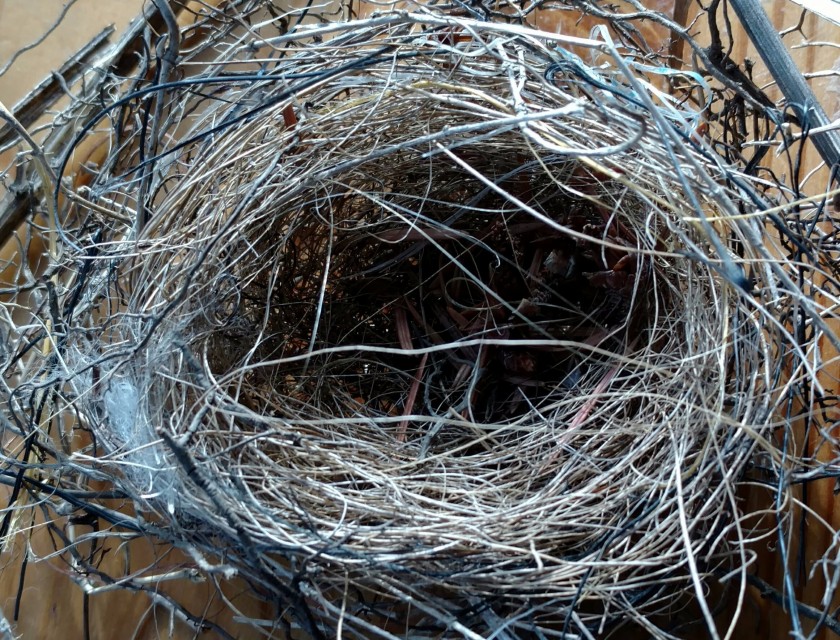 i came to the conclusion that we will so often throw names (like STUPID) at those we cannot fathom or figure out. More reason for many an evening, or morning, or midday stroll to clear or to open the mind….even if there are some things we will never quite figure out, like that dress???????!!!!!!!

Hey! just how dumb is a rodent who knows to take time to smell the flowers?!

One thought on “A STROLL FOR STUPIDITY”