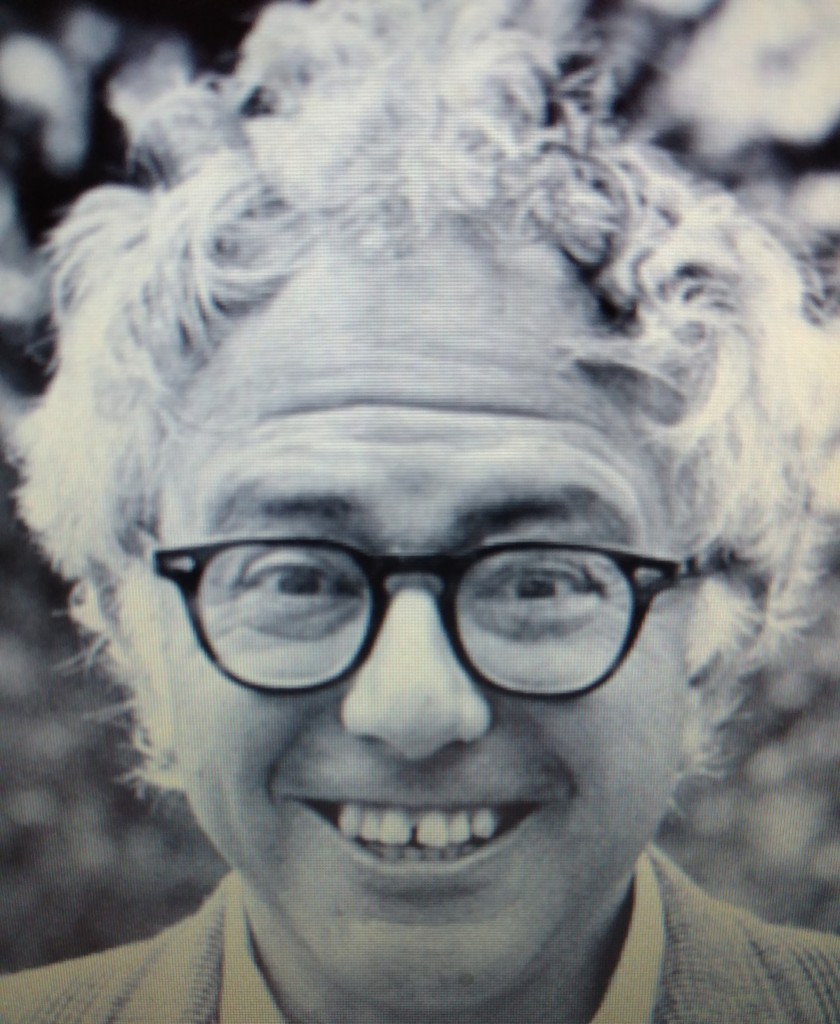 i wasn’t planning on one, but then my Pope roped me in. Today, when the announcement was made that the Oddest-ball of the Oddest-of-all Campaigns was invited to the Vatican, my emails, texts, and Facebook SHOOK. Those who know that i consider Francis the BEST DARNED POPE since St.Peter were either praising him or calling him – AND ME – two NUTS! One of the first responses was, “OMG! WHAT A  STUPID POPE!”

Just imagine that little boy ONCE UPON A TIME in Brooklyn, being told the stories of his family in the old country. It might have been a reading from Grimm’s Fairy Tales, but it wasn’t. It was FOR REAL!!! They had been fed to the oven by a wicked Catholic maniac by the name of Hitler, who obviously had missed a big lesson on one of the greatest Catholic contributions to the world, its Social Teaching. But, it was at that very moment that a seed was planted in the little boy’s soul. Wonderful nurturing by his parents made sure that not just “A Tree Would Grow in Brooklyn” but a tree that bore fruit in a PROPHET. Whatever you think of Bernie Sanders, love him, hate him, he is a Prophet tried n true, one who has never rested since that day of the horror stories. And here now a Catholic named Francis, who didn’t miss that class, knows that religion is all about politics, and politics all about religion, until peace and justice are established once and for all – AND REALLY FOR ALL!

i am not sure that the U.S.A. is ready for Bernie, or whether it ever will be?! He has not exactly been in line with its values, whether you call them “New York” or “American.” Oh, sure, he has always been a dreamer of “the American Dream,” but he is also forever presenting challenges, especially until EVERY ONE has a chance to dream it. It is a whole different story, those who interpret the Dream as let us get big and Bigger and BIGGEST, CRUSH whoever gets in our way. This is obviously what draws Pope Francis to THE BERN. The two share this one common belief and goal, that every man, woman,and child should get a good piece of Life’s Great Pie.

Bernie HAPPILY went to jail for those who couldn’t get a taste. HE always MEANT what he said.

You know, if you’ve read my blogs, how i never get tired of repeating myself, with regards to the Great Daddy of our country. i’ll say it again here for Bernie’s sake. i’ve heard that the Bern is coming to my neck of the woods, to downtown Newburgh, New York. Though it is one of the most dangerous neighborhoods, right there smack dab in the middle of it all is a tiny house, where the Father of America lived right up til the end of the Revolution to set this nation free. On his knee in that house, overwhelmed by gratitude to God, General Washington wrote a prayer-full letter to the budding nation. i say his words every day as a prayer: “Imprint on our hearts now a deep sense of our obligations for those Incomparable Mercies that have been shown to us as a nation, preserve us from the arrogance of prosperity, and render this country more and more a safe asylum for the unfortunate of this world. Dispose us all to love Mercy and do justice, and to dress ourselves with the same humility, charity, and pacific temper of Him without a humble imitation of whose example we can never hope to be a happy nation, Jesus my Lord!”

To me that letter is like the “Bible of America.” Abraham Lincoln, they say, held a Bible in one hand and a Life of George Washington in the other. And the Dad’s Dream became Abe’s Dream. Abe, so many screamed, was out of his mind!!! For example, to think that black people from Africa (who sure didn’t come over here of their own will!!!) should have every right of the white. Bernie often makes me think of Abe. Bernie says clearly that he wishes there were no talk of God in the mix (as he has seen so much horror committed in the Holy Name of God, including slavery.) Lincoln described his religion as, “When I do good, I feel good, and when I do bad, I feel bad.” Bernie has also said that a spirituality so lived as it is in Pope Francis, ACTIONS THEN WORDS…is one he’d be honored to live with.

Whatever you think of Bernie Sanders, there is no denying the Prophet. And he is Francis’ kind, for certain, as the Pope has made it clear from his own day one that what this world needs is MERCY, not MONEY, Prophets, not Profits, Servants, not Lords who lust for power. And this has been the simple gospel of Bernie since his first run for office in high school, determined to never ever let “the little people” be screwed or silenced or slaved or gassed or cooked again. These other candidates of 2016 have flip-flopped somuch over the years, while the Bern just kept burning the same old message ad nauseum. “Wacky” maybe, but tried and true!! “The little guy is the one who matters most.” The little guys apparently find Mrs. Clinton just about as trustworthy, or as interested in them, as Mr. Trump, their real goals being to see giant portraits of themselves on the walls by George and Abe. HECK, the Donald, who says he’s in it for “the little guy,” already plans to rename the White House TRUMP PLACE! i can just hear him, can’t you? “Hey, I might as well. I spent a lot of money on this campaign, my own money; lots of money! And I didn’t take a dime! I think I earned the right to change the name!!”

Mr. Sanders, by contrast, has an incredible, probably the record, majority who believe he is authentic, sincere, honest, and worthy of trust. And NONE so devoted as the YOUNG PEOPLE OF AMERICA, the hope of the future. Most likely Bernie Sanders will be neither Nominee, nor President in 2016. But even more likely Bernie Sanders will not be forgotten for a long, long time.

And the Pope? That STUPID POPE FRANCIS? Well, if stupid is defined as dull or dead in the head, what head has shown more electric than Bernie’s or Francis’, ever thinking, ever challenging, ever PROPHETIC!?!