My high school buddy, who stayed close for almost 50 years, Bill Hudson (whose middle name ought to be HOPE), lost all of his material possessions in a fire on Christmas Eve. Rummaging through the ashes, he finally found his computer, 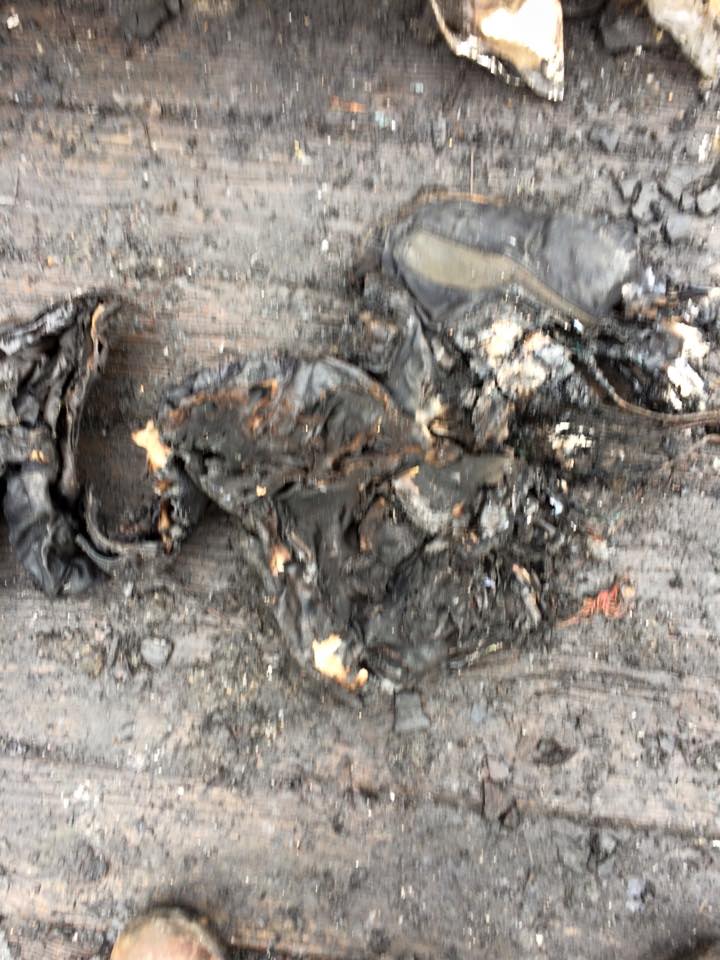 We old dudes THANK GOD for Cyber Space and its awesome grasp of our memory!!

As i perused through Bill’s “Memories,” two things stood out as the keys to my pal, MUSIC AND RAINBOWS! Hopefully the fundraising which is in effect now at this site: https://www.gofundme.com/gpgc9ghw, will include a new camera for my buddy to keep catching rainbows, his signs of Hope from his personal “cathedral,” Mother Nature. And i keep telling him that he will without a doubt find new music, his own masterpiece, somewhere in the rubble.

Where would we be without music, Bill and i often discuss?! Bill and i made it through the seminary, Bill forever saying – even to this day – that it was my “killer rock n roll collection” that got us through. Bill then became an adopted son of Toshi and Pete Seeger. Without the Music, where would the Great Movements have gone, the war protests, the Civil Rights?!

Bill n Petey…laughin through the pain…

And how would any human being have survived Slavery, the Holocaust, or the modern day tortures and slaughters of Christians? When Katrina struck the very City of Music, Bill was one who dropped everything (except his guitar) and ran right down there to help the survivors rebuild, their two crucial ingredients, Music and Rainbows of Hope. He did not ask for a penny for years of love he gave them, only for the Joy of sharing in their Melody. Through floods of tears they sing on, just as the survivors of the Dust Bowl and the long history of devastating twisters. Why, there’s even a laughter in them tears,  as found in Bill Cunningham’s “My Oklahoma Home…it’s blowed away!” No one does it quite so well as Bruce “the Boss,” with whom our Bill has shared the stage. Yep, i can hear that chuckle now in my Bill, even through such sorrow.

My friend, Gerry Straub, of whom i have blogged a few times, Hollywood filmmaker now at home in Haiti, wrote this month as he celebrated Advent and Christmas in the slum, of just how essential to those people, among the poorest on earth,  enduring catastrophe after catastrophe, is the Grace of MUSIC. That music BLARING day and night through his neighborhood is not always so easy to bear, its style and mood quite different from Gerry’s New Age preference, BUT IT MUST PLAY ON, as it is the VERY SOUL of the Haitians crying out to God! like the Song of the Slaves!

Hey, what is Christmas without the age-old carols that never wear out and which were passed on to all of us…to pass on to our children’s children’s children?! And many of those timeless hymns are anything but sweet and peaceful. “In the Bleak Mid-Winter,” for example, expresses the agony which CHRISTMAS REALLY IS to millions of men and women, who on that day of “peace n love” feel only loneliness, emptiness and despair. But somehow, singing or just trying to hum the tune will bring a little “Comfort n Joy.” Those haunting words of Christina Rossetti, “What can I give him, empty as I am?” (yes, even under a mountain of gold and silver things!!!) “I will give him – all that I really own – my aching breaking heart.”

Music is indeed the essence of the human soul, as it grasps after that elusive butterfly of peace.

Nothing says this better than my favorite picture of my buddy, Bill.

He was giving a concert for deaf children. They piled on top of him, smothering the troubador with love, yearning to touch his guitar AND FEEL ITS MUSIC, both its BLUES… and its yellows and its reds and its pinks and oranges and purples, communing with the Rainbow of Bill “Hope” Hudson.

So Bill will rise from his ashes like a phoenix with a tune on its tongue.

One thought on “MUSIC AND RAINBOWS”