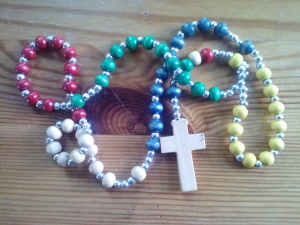 As a writer and listener to sermons, thousands and thousands of them, i must say that i have never experienced one quite like that of Eric Clapton. That’s right! The rockstar, as famous for his substance and sex addictions as for his guitar-hand, and the one that many used to call “God.” Of course, he never meant it as a sermon. It was just a chat, an interview, a recollection. Call it what you will; to me, it was the sermon of sermons.

If ever there was an “lol,” Eric has lived in one for many years over that 1965 nickname that was painted on the London subway wall. He says that his very favorite picture was the one of the dog that stopped to relieve itself under the declaration of Clapton’s divinity.

Of course, the man must  take us all back to “the day the whole world cried,” the morning after he took his son, Conor, to the great circus at Madison Square Garden. Dad awoke to the news that the four year old had gone too close to the window on Floor 53. Thinking of Eric’s angel we all realize that we are still NOT CRIED OUT! And Clapton is perfectly willing  to confess his long, long battle with addiction – drugs, alcohol, sex, in desperate attempt to fill the void which is in us all, fillable only by ONE. Then, most beautifully, he tells how his life came full-circle, with Conor guiding the way, and how he returned to the way it was when HE was the sweet, pure little boy. Clapton so humbly yet proudly tells the whole world, “Every night now, before I go to bed, I get down on my knees by the bedside and pray…” to the true God, the One Who got me through it all.

Whenever I think about just what it is that I want my children to learn about “the higher things”, life, death, eternity, God….my message becomes increasingly simpler over the years. Five attempts at good, Catholic educating, only to learn again that these great gems will only be found through each one’s digging through the dirt of life-experience, these are wising me up and teaching me to let go. But, one thing, which I will point to – and repeat and repeat and repeat, is that irreplaceable tool. Please – for your own sake – befriend a good kneeler or find some special place, pure and special to you, and there hit the knees, morning, noon, and night. Don’t follow the Sinatra types, no matter how successful, if theirs are “not the words of one who kneels.” Heed the Claptons who know the very reason why our bodies were created this way, with this flexible joint. We are kneelers, all of us, and life will not let us forget it. “Yes, my name is Eric, and NO! I am not God!” 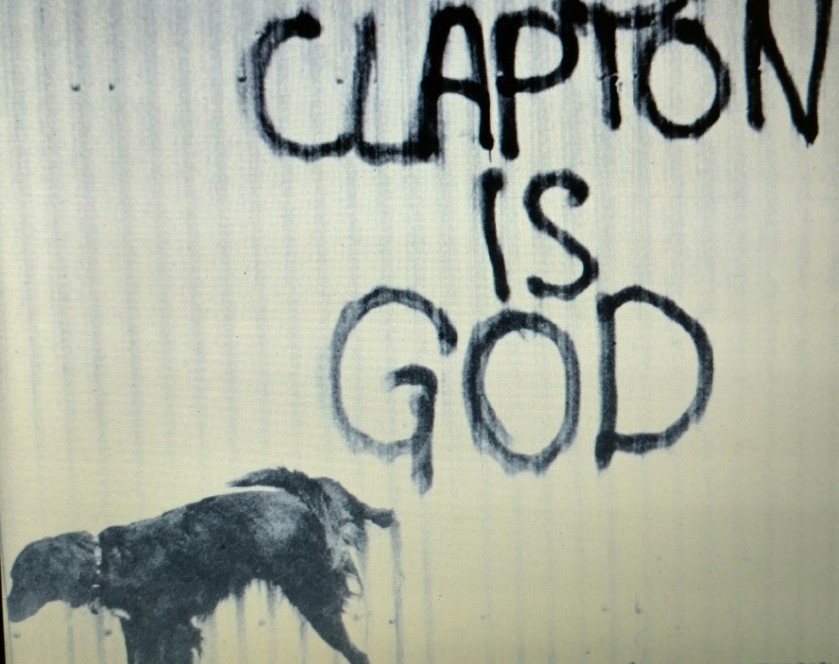 But another critical point which comes out loud and clear in Eric’s perfect sermon is the essential need in us for a Mother. What i believe – and i think he does as well believe – to be his greatest song, “Holy Mother,” cries out from every cell of his body and of his legendary guitar. Written, he says, at the very very very lowest depth of his life, it finally took him to the road of recovery, of healing.

Millions of us around the world are thrilled this week with the return of Doc Martin to our lives. The BBC hit TV show created by the amazing Dominic Minghella only has new episodes every two years. We fans have longed with earnest hope that this “poor idiot” in what he calls “a whole village of idiots” will finally break through his horrid existence, a darkness that has engulfed his entire life. The saddest, most pathetic, yet irresistible man can save so many lives through his genius, but he cannot see his own pathos, because it is just too unbearable to face. i am amazed by Dominic’s ability to create this character, as Dominic has the most beautiful and passionate love for his own mother. The secret of Martin’s darkness, the root of all his problems, was eventually revealed to us when his parents suddenly arrived unannounced for a visit. We immediately saw the ugliness under the beauty of the great actress, Claire Bloom, and soon we learned, our hearts breaking to pieces, just how evil a mother- or shall we say  NO MOTHER at all. Somehow Mr. Minghella in his unceasing gratitude for his own darling mother is able to imagine life’s ultimate horror, to be a motherless child.

One of the treasures which we Catholics are most grateful for is how Jesus, in one of His final acts during his unspeakable death, took the time to deliberately share His Mother with the world, with all people of all time, but especially with those who have never experienced a good mother. Many of the Muslims whom i have known throughout my life were thrilled to acknowledge the wisdom of Christians in cherishing that most precious gift of God, the Holy Mother. October 7 is the day each year that we celebrate the Rosary in her honor and as our way to connect with her loving care for all her children.